THE BUSINESS DISTRICT BETWEEN MODERNITY AND HISTORY

A central and exhilarating neighborhood

The Quartier International has in recent years emerged as the downtown core’s latest and fastest growing business district and is an exceptional reflection of Montreal; a city recognized for its unique flair, its kaleidoscope of designs, and quality of life. These elements are of important value in attracting the best talents that search for creative and stimulating work environments. When it comes to dining, shopping, relaxing or entertaining, the choices are rich and varied.

Located between the Old Montreal and St. Catherine Street, with a direct access to Montreal’s underground network, Tour Viger is surrounded by an abundant variety of restaurants and shops. The tower is a short stroll from Montreal’s Quartier des spectacles, where we can find Place des Arts, the new OSM Symphony Hall and Place des Festivals.

Over the last decade, the Quartier international has been enhanced by major transformations such as the construction of the Caisse de dépôts et placements du Québec, the redevelopment of Square Victoria and the revitalization of McGill Street. Having become the vital business center in downtown Montreal, this inspiring environment is set to develop even further. The area counts many prestigious addresses nearby: Quebecor Building; Tour de la Bourse; World Trade Center; W Hotel; Palais des Congrès and National Bank head offices. 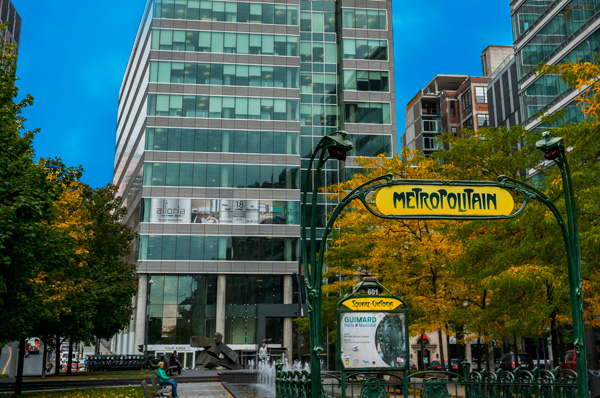 The neighbourhood in pictures 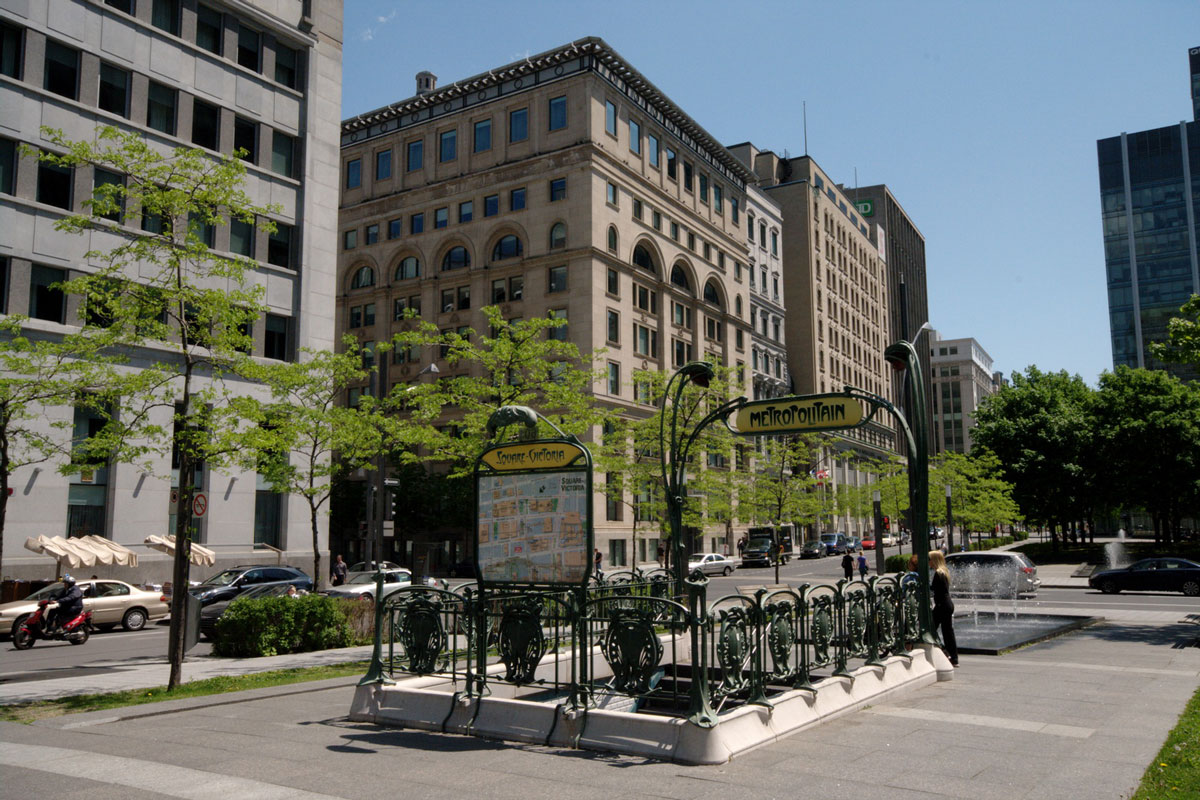 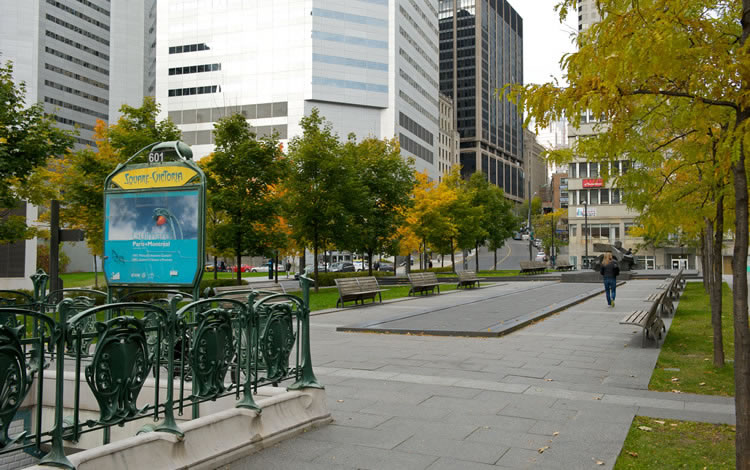 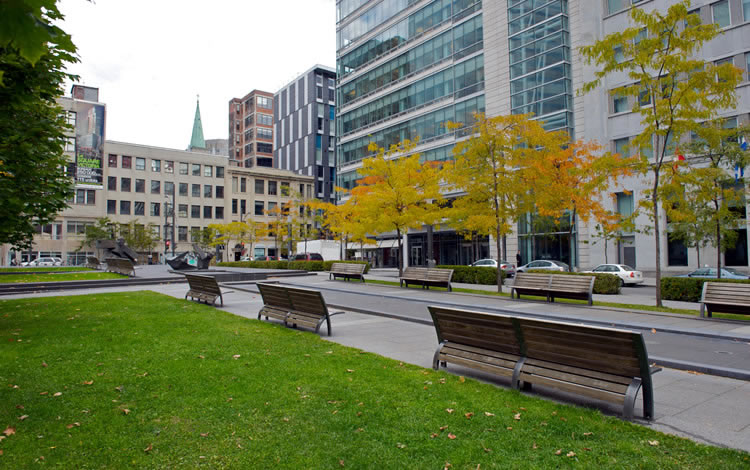 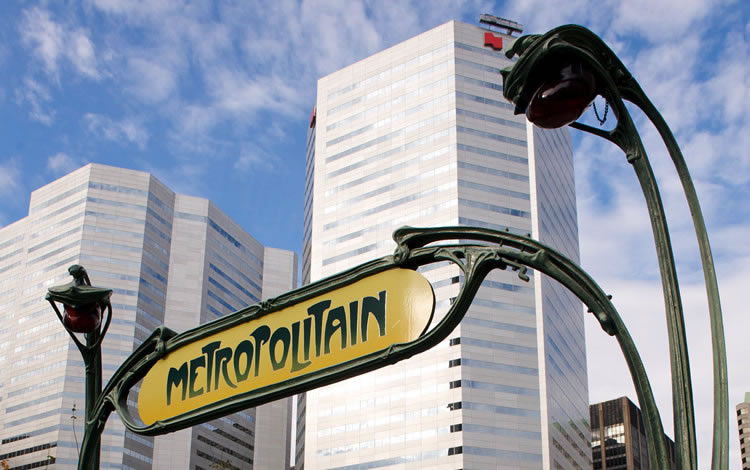 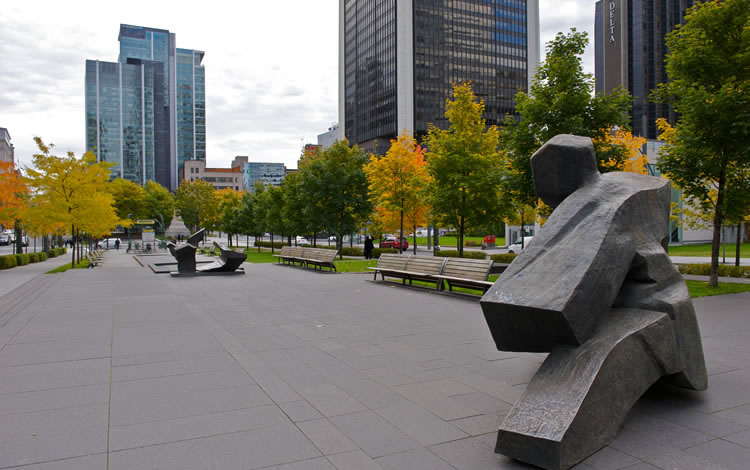 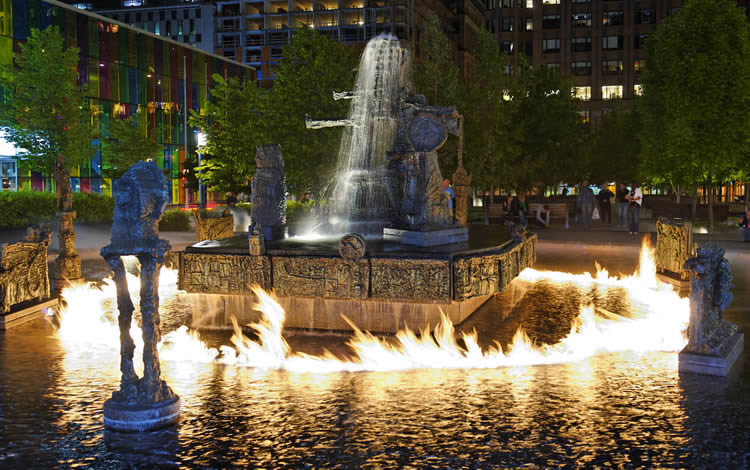 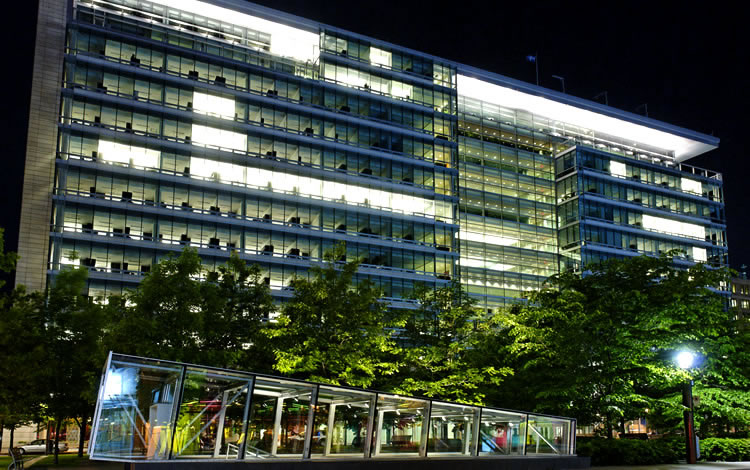 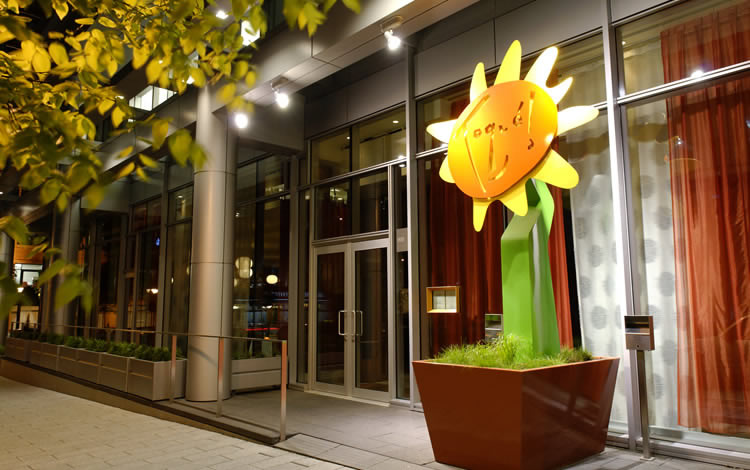 With over 30 km of tunnels, Montreal’s underground city or RESO is setting the city apart from other urban centers in North America and around the world. We can find a great variety of restaurants and shops, ranging from the modest to the most refined. Recent findings suggest that 35% of all businesses in downtown Montreal are connected to its underground network.

The occupants of Tour Viger have direct access to this network from which the building is connected by a corridor, thus providing the option of escaping the rigors of winter and going about their daily activities without ever putting on a coat or boots as many other building complexes are also linked to the RESO.

Public transit at your doorstep

Tour Viger is optimally located to facilitate quick and efficient access via any mode of public transport. Connected directly to the Square-Victoria-OACI metro, the building is also very close to the commuter train stations. 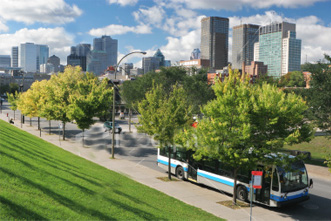 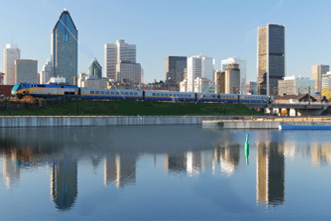 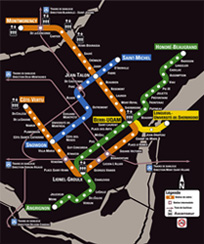 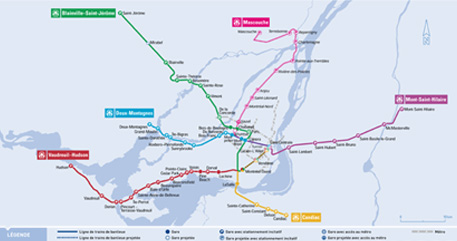 Access by car is also facilitated by the tower’s close proximity to major expressways, including the Bonaventure Expressway, Highway 20 and the Ville-Marie Tunnel.